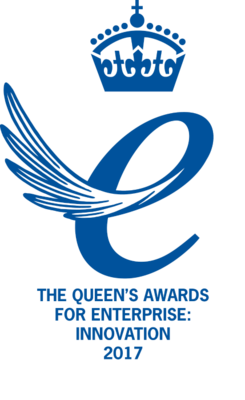 HWM, a utility monitoring company based in Cwmbran has been announced as a winner of the Queen’s Award for Enterprise, 2017.  The local company is among a number of businesses which have been awarded accolades by the Queen on her birthday.

HWM have won the Queen’s Award for their PermaNET+ system, that constantly monitors of a water network to detect any leaks that occur.  This system significantly reduces both the size and impact of leaks, as it can detect a problem as soon as it occurs.  This reduces damage to the network and saves water.

PermaNET+ was chosen for the largest ever deployment of leak noise detecting equipment by Affinity water, where 20,000 units were installed to cover a water network that serves over £3.6 million people.

Now in its 51st year, the Queen’s Awards are the UK’s most prestigious industry accolade, celebrating and encouraging business excellence in the UK.  This respected award is only given to companies who are outstanding in their field, with a strong performance over a number of years.

Winning the Queen’s Award for Enterprise now means HWM can now use the official emblem on all publications for five years, showcasing the best of British business.