How PermaNet+ pinpoints a leak 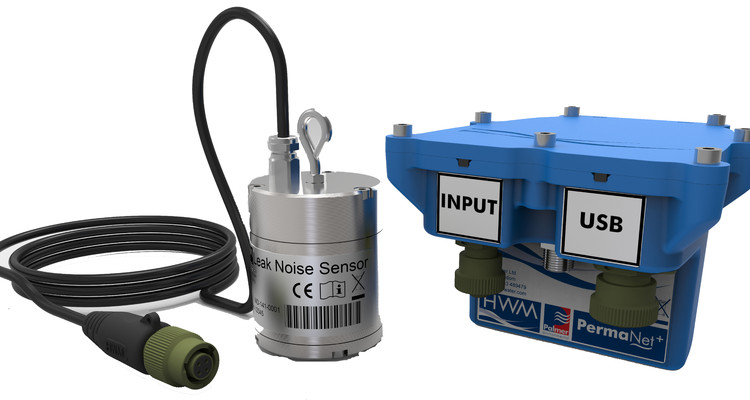 Yorkshire Water are installing an initial 4,500 PermaNet+ acoustic loggers to water pipes throughout their network.  Across Yorkshire over 1 billion litres of water is delivered to homes and businesses every single day through 31,000km of mains network pipes.  Managing such an extensive network and actively reducing non-revenue water (NRW) is a challenge that Yorkshire Water has teamed up with HWM to solve.

How PermaNet+ pinpoints a leak

When a leak occurs within the radius of a PermaNet+ device, the leak noise sensor detects the soundwaves created by the escaping water.  This triggers the device to go into ‘alarm’ state, alerting the user of a leak.  PermaNet+ calculates leak data using the proven PermaLog® algorithm and transfers the data to the user.

Audio Monitoring – Users can easily listen to the audio recordings taken by PermaNet+, allowing users that prefer to ‘hear’ their leaks the ability to do so.

Aqualog – The Aqualog feature within PermaNet+ provides users with a detailed noise histogram which is useful in reducing ‘false positives’.  The histograms detail the noise level, the spread and the peak percentage of the noise levels.

Each of the data strands provided by PermaNet+ will be analysed by the user and combined will pinpoint the location of the leak.

The technology within PermaNet+

PermaNet+ is designed with the latest mobile technology to maximise dial in and to minimise cost.  After initial installation of the device, PermaNet+ transmits both leak data and secondary data via GPRS or SMS telemetry, which is the most cost-effective and efficient way of data transfer.

PermaNet+ devices are also remotely set up and reprogrammed via GPRS.  This method of two-way connectivity via GPRS has a substantial effect on running costs as it removes the need for expensive site visits.

Another element of technology built into the PermaNet+ system is compatibility with Google Maps.  This feature allows for real-time on screen tracking, helping leak teams to respond quickly to problems within the network.  Where possible, Google Maps functionality allows for street views, which is really useful in helping leak teams to quickly find the correct PermaNet+ devices.

Customers all around the globe had chosen HWM as their partner for data-logging and network monitoring and the PermaNet+ system is often at the heart of that decision.

Affinity Water, one of the UK’s biggest water suppliers, this year conducted the world’s largest ever deployment of acoustic noise loggers.  In partnership with HWM, Affinity Water fit 20,000 PermaNet+ devices to their network in a bid to achieve the largest percentage leakage reduction over the current 5-year planning period.

Affinity Water’s leak reduction target is on track according to Drew Richie, Managing Director of Wholesale Operations at Affinity Water who commented that “we’re achieving this with HWM’s PermaNet+, challenging industry thinking and methodologies to change the economics of finding leaks”.

“We are looking forward to working with HWM over the next 10 years to enhance the system and use leakage information in new and innovative ways.  Our customers deserve the best.  Together, we will meet the challenges defined in our business plan”.

In Yorkshire, the introduction of our PermaNet+ devices sees an upgrade to the technology currently being used.  According to Dave Stevenson, Head of Water Distribution at Yorkshire Water “the technology that we’ll be deploying onto the mains network will enable us to get to problems on our pipes faster, preventing bigger bursts and helping us reduce the amount of water that is lost through leaks”.

“The technology is capable of identifying a leak within a 150 meter radius, which is much more accurate than current technology allows.  It will give us a much greater understanding and visibility of what is happening in some of the leakiest areas of Sheffield city centre, enabling us to respond better and in turn reduce disruption to our customers”.