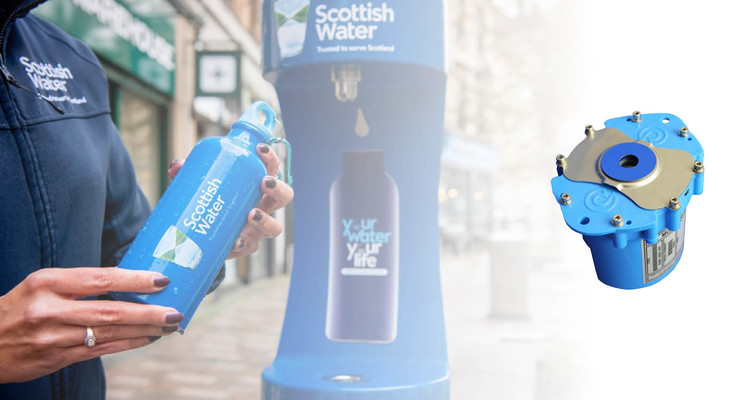 HWM is proud to be making a contribution to an ambitious project in Scotland that has already reduced the usage of an equivalent of 250,000 plastic bottles.

26 distinctive ‘Top up Taps’ have been installed across Scotland, providing free of charge access to drinking water to the public, helping to save money and reduce litter and waste.

Top up Taps are available to members of the public to fill their refillable bottles while on the go, and so far, more than 82,000 litres of water have been dispensed.

The project has been so popular that another 70 Top up Taps are being rolled-out across Edinburgh, Glasgow and the Highlands by March 2021.

Each of the high-tech Top up Taps is plumbed directly into the public water supply and contains a Multilog LX2 data logger which records the amount of water dispensed by the water station.

Data from each of the LX2 units is collated by Scottish Water, providing them with an accurate usage level for each station.

We are really pleased to working alongside Scottish Water on the successful Top up Taps programme and are delighted that the scheme is being extended more widely.

For more information on the Top up Taps programme, including the proposed locations of some of the new Taps, please click here.