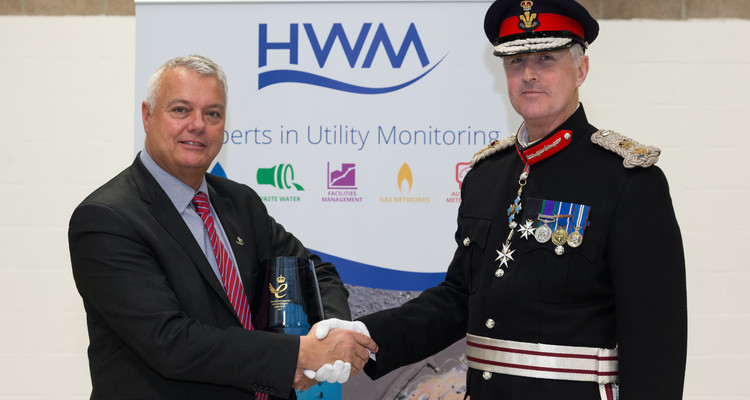 Yesterday, HWM received the Queen’s Award for Enterprise: Innovation from Brigadier Aitken, Her Majesty’s Lord-Lieutenant of Gwent. HWM won the Queen’s Award for our PermaNET+ system, which constantly monitors water networks to detect leaks. This system significantly reduces the size and impact of leaks, reducing damage and water loss.

PermaNET+ was chosen for the largest ever deployment of leak noise detecting equipment by Affinity water, where 20,000 units were installed to cover a water network that serves over 3.6 million people.

Now in its 51st year, the Queen’s Awards are the UK’s most prestigious industry accolade, celebrating and encouraging business excellence in the UK. This respected award is only given to companies who are outstanding in their field, with a strong performance over a number of years.

Winning the Queen’s Award for Enterprise now means HWM can now use the official emblem on all publications for five years, showcasing the best of British business.